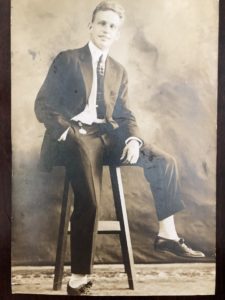 The John A. Kinkaid Difference

★ Over 100 years of stability in the industry

In 1917, at just 22 years old, John A. Kinkaid Sr. was already the owner of a successful landscaping business. In an effort to expand his business into a new industry, he began helping a local oil company bury oil tanks. Later, he started fabricating oil tanks and fire escapes in his Philadelphia shop. It was only a matter of time until he began installing oil and gas heating equipment, and converting coal-burning systems to oil systems in the residential and commercial buildings of New York, Pennsylvania, New Jersey, Delaware, and Maryland.

When John Sr. passed in 1955, John A. Kinkaid Jr. inherited the residential heating and air conditioning company. He witnessed and experienced major changes in the industry; from the evolution of wood to coal, coal to oil, oil to natural gas, and finally the introduction of central air conditioning.

In 1987, John A. Kinkaid Jr transferred ownership of the company to his daughter Barbara Kinkaid Long, and she became a certified women’s business owner with the WBE (Women’s Business Enterprise). She grew up going on calls with her father to clean oil burners and install heaters. She has truly made it a family-friendly business, and considers everyone who worked with her to be part of her family. She made great strides and sacrificed a lot to make this company what it is today.

In 2014, Barbara’s daughter Melissa Ryan followed in the family footsteps and became an owner of the company, along with long-time employee and technician Chris Boukamp. Chris has been a crucial part of the team since 2000, and with his technical experience and in-depth knowledge of the systems we provide, having him sign on as co-owner was a no brainer!

Melissa remembers going on service calls with her dad to do cleanings and installations, just like her mother used to do with her grandfather. With Chris and Melissa at the helm, John A. Kinkaid Heating and Air Conditioning is still a WBE-certified business and still retains its commitment to providing excellent service to the great people in our community.

We are excited to see what the future holds. 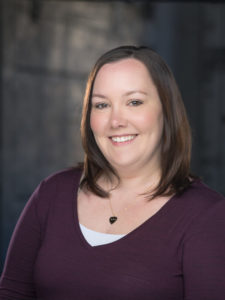 Melissa has been an owner of John A. Kinkaid Heating and Air Conditioning since 2014, but she’s been a member of the team since she was little! She used to accompany her parents on jobs and later helped out in the office during the summertime. Nowadays, you can find her wearing many hats around the office to keep things running smoothly. Melissa answers the phones and helps with scheduling—she believes it’s important that customers be able to reach the owner of a company when they need something. She loves hearing from clients and being a part of their HVAC solutions.

When she’s not in the office, Melissa loves to spend time with her husband and their baby boy, Jack—especially if there is water sports or hiking involved! 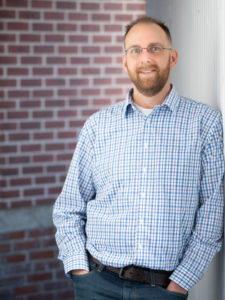 Chris joined the Kinkaid team in 2000 as an HVAC technician, a passion he pursued after his father and grandfather did the same, and became an owner in 2014. On any given day, you can find him going out into the field to help with installations, service and maintenance, quoting and estimates and design. He’s a busy guy, but our clients always appreciate the dedicated time and special attention he provides on the job.

Chris’s favorite part of working with the folks at Kinkaid is the family atmosphere and the sense of camaraderie and enthusiasm that comes with it. Outside of work, Chris loves spending time with his family, who keep him plenty busy! 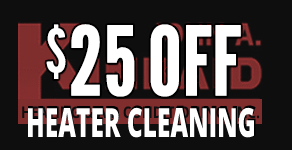